Wuhan has been central to the Covid story from the start. It was attacked by a virus so vicious that people going about their business simply dropped dead in the streets. This was proved by photos in all the British media of bodies, attended by crews in full PPE (but without gloves! here) The Chinese showed how they could build massive hospitals from scratch in a week. The episode told of the superiority of a totalitarian regime in looking after people’s health. The possibility that the virus was accidentally released from the Wuhan level 4 germ lab got huge attention. As did the story of the live market being the source. And even the one that the US team at the Wuhan Military Games had planted the virus. And even, again, the view that 5G rollout started it. There were enough theories to keep your head spinning for months. Surely one of them must be the truth?

To add to the head spinning, the media promptly went into “MORE DEAD” mode. Every day, more people died. The day after, still more people died. The news the following day was that even more people had died. And gradually the story morphed into people dying who weren’t just foreigners. There were near foreigners, like the Italians. Then there were actual Brits dying. More deaths today. More again the day after. Still others the day after that. Who would be next? Now we had fearful hearts to complement our spinning heads.

As the numbers rolled on, people lost track. One was reminded of the alleged New Guinea tribe that couldn’t count to ten. Their numbering system was “One, two, three, heap.” The fact that China had far fewer deaths than many other countries despite its massive population got lost in the noise.

Except that it didn’t get lost on this site. An article published here on 23rd April, “What really happened in China” (here) addressed the fact. In summary, it pointed out that the virus had been in China for months before anyone noticed. China was close to herd immunity by the time they took their heroic actions. It was not those actions that defeated it, but the normal progression of epidemics to herd immunity and so to oblivion. The article was followed by another, here, on the same dynamic affecting countries close to China. And subsequently news from Sweden, then from Norway, then from analysis by Dr Wittkowski and others, then from the “German Professors”, here, confirmed the conclusion that lockdowns do not make a positive difference. It’s all about natural epidemic progression.

The matter appeared to be settled. China had fewer than 5,000 recorded deaths because they got to herd immunity before they even started counting. New York went over 30,000 (six times China) because they were recording from the very start. And because they added non-covid deaths to the total. And because they even killed people for the bounty money paid out by HHS (here.) But. But; I still had a niggle in my mind that wouldn’t go away. There was still something else wrong with the China story.

Deaths in China were only 3 per million, compared to 640 per million in the UK. Yes, the Chinese had virtual immunity before they started counting. On a national level that made sense. But it seems that Wuhan didn’t have immunity. That could have made sense if Wuhan was tucked away in some remote corner of the country. That’s what many of us thought when we first heard of it. But it’s not true. Wuhan is right in the middle of China. It’s a major transport hub, sitting astride the mighty Yangtse river that flows on down to Shanghai. How could Wuhan possibly have a different level of immunity?

I looked at the figures in detail. Wuhan had a death rate of 360 per million, similar to the Netherlands. The rest of China had a rate of 0.4 per million, comparable to many African countries where the virus has hardly been noticed. The official and media explanation is that China’s totalitarian lockdown stopped the spread from Wuhan. If that were true, the rest of China would still be susceptible to the virus. They would be in fear not of the alleged second wave, but of the first. Yet Wuhan released its lockdown nearly three months ago. If the rest of China did not have immunity there would have been a huge spread already. Relative immunity levels are the primary factor in determining different outcomes in different places. That’s the science of Epidemiology. That’s what tells the true story, rather than the philanthropist, political and media spoof. Right now (end of June) the whole World is at, or very close, to herd immunity. Some other explanation for Wuhan is needed.

The clue is in the lies we already know about. Prof Ferguson is central to these, with his claims, echoing the China story, that lockdowns are saving the World. The media continue to follow up on this central lie with carefully crafted panic stories. For example, Texas is reported to be on the verge of catastrophe as cases rise due to insufficient lockdown (here.) The fact that deaths continue to go down there is left out of the reports, as is the fact that more testing inevitably shows a greater number of recorded infections; infections which would have been missed earlier. The capacity of the media to broadcast lies, and have them believed, is beyond measure. As is the capacity of Governments and others to invent them.

The conclusion is not pretty, but like everything else it falls precisely into line with the standard bogus narrative that contradicts the science. At the beginning of this year the whole of China was truly at the tail end of the epidemic. The bogus narrative ignored most of China, but hyped up Wuhan to the clouds. The people allegedly dropping dead in the streets, the many stories about the origin of the virus there, the heroic hospital building, the draconian lockdowns, all filled endless column inches and hours of TV news. Covid19 was “The Wuhan Virus.” There was no counter-story. The World’s media and Governments had already been lined up to march in lockstep with the lie. Trashing and Crashing could proceed: the Trashing of Human Rights, the Crashing of the Economy. While Bill Gates, with his four private jets, and lesser cronies who only have one, look to make billions from vaccines that will be mandatory. And a new totalitarianism emerges across the Globe, which may even make George Orwell’s predictions in 1984 look tame.

China and US at loggerheads? On some levels they are. But Xi Jinping has played his part to perfection. The pop-up hospitals, which were hardly used, and soon closed, just like the Nightingales in the UK, were a master stroke. Act I, Scene I could not have been more beautifully crafted to launch the drama. Now the World hungers for the catharsis of the final scene, glued to the unfolding stagecraft on their TV’s, while the Trashing and Crashing escalates around them. And Xi has just used the crisis to grab total control of Hong Kong. (Here.) How convenient. Shakespeare would be green with envy.

However,there is more than just clever dramatics here. I used to do amateur stage magic. A key part of many illusions is misdirection. With sufficient misdirection you could pick your nose on stage, and nobody would know. Why all those unanswerable questions about just where in Wuhan the virus started? Because while everyone is racking their brains about that, they don’t consider that Wuhan was not the starting point anyway. And while people are misdirected to all the other deaths and all the minutiae of lockdown, they forget that the rest of China had virtually no deaths at all. Clever? I could never really decide whether the tricks were clever, or the audience was stupid. What’s clear now is that people need to start looking where they are not meant to. 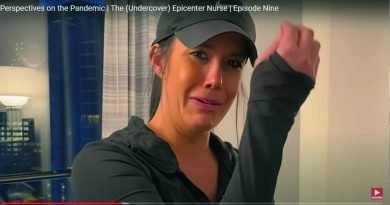 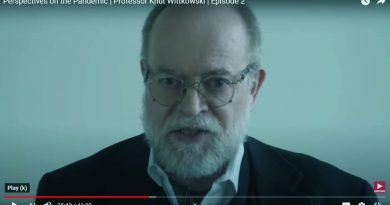 Dr. Wittkowski Tracks Down the Errors that Caused the Lockdown.