Why has it taken so long for this to come out? Months ago there were accounts of empty beds in hospitals, the closing of the Nightingale Hospitals almost as soon as they were opened, narratives of exaggerated Covid deaths, and more. Now, at last, this testimony from a Consultant in a big Surrey hospital puts it all together. We need NHS whistle blowers to come out en masse so they can’t be sacked for their revelations.

I am a consultant at a major, regional hospital in Surrey. By major you can take that to indicate that we have an A&E department. I had agreed to give an interview to an anti lockdown activist in which I would have revealed my identity. I have since changed my mind and only feel able to give an anonymous statement.

I have changed my mind simply because that all staff, no matter what grade, at all hospitals have been warned that if they give any media interviews at all or make any statements to either the Main Stream Press or smaller, independent press/social media we may, immediately be suspended without pay. I have a family, dependants and I simply can’t do it to them.

I therefore can not reveal my identity at this time but wish to state as follows:

In my opinion, and that of many of my colleagues, there has been no Covid Pandemic, certainly not in the Surrey region and I have heard from other colleagues this picture is the same throughout the country. Our hospital would normally expect to see around 350,000 out patients a year. Around 95,000 patients are admitted to hospital in a normal year and we would expect to see around a similar figure, perhaps 100,000 patients pass through our A&E department.

In the months from March to June (inclusive) we would normally expect to see 100,000 out patients, around 30,000 patients admitted to hospital and perhaps 30,000 pass through A&E. This year (and these figures are almost impossible to get hold of) we are over 95% down on all those numbers. In effect, the hospital has been pretty much empty for that entire period.

At the start, staff that questioned this were told that we were being used as ‘redundant’ capacity, kept back for the ‘deluge’ we were told would come. It never did come, and when staff began to question this, comments like, ‘for the greater good’ and to ‘protect the NHS’ came down from above. Now its just along the lines of, ‘Shut up or you don’t get paid’.

The few Covid cases that we have had get repeatedly tested, and every single test counted as a new case. Meaning the figures reported back to ONS/PHE (Office for National Statistics & Public Health England) were almost exponentially inflated. It could be that Covid cases reported by hospitals are between 5 to 10 times higher than the real number of cases. There has been no pandemic and this goes a long way to explain why figures for the UK are so much higher than anywhere else in Europe.

The trust has been running empty ambulances during lockdown and is still doing it now. By this I mean ambulances are driving around, with their emergency alert systems active (sirens &/or lights) with no job to go to. This I believe has been to give the impression to the public that there is more demand for ambulances than there actually is. Staff only wear face coverings/masks & social distance when public facing, as soon as they are out of public view, the masks come off and social distancing is not observed.

Indeed jokes are made about the measures, and I have heard staff express amazement that despite warnings on packets and at point of sales, telling people masks are totally ineffective and dangerous, the public still buy them, because a politician has told them too.

We have cancelled the vast majority of operations and of these ALL elective surgery has been cancelled. That’s surgery that has been pre-planned / waiting list. Non-elective Surgery, this tends to be emergency surgery or that which is deemed urgent has been severely curtailed. The outcome of this is simple. People are at best being denied basic medical care and at worst, being left to die, in some cases, in much distress and pain.

Regarding death certification. All staff that are responsible for this have been encouraged where possible to put Covid-19 complications as reason for death, even though the patient may have been asymptomatic and also not even tested for Covid. I feel this simply amounts to fraudulently completed death certificates and has been responsible for grossly inflating the number of Covid deaths.

The fact is that regardless of what you actually die of in hospital, it is likely that Covid-19 will feature on your death certificate. I have included with my statement the detailed published guidance from Government on Death Certification which shows how Covid-19, as a factor is encouraged to at least feature on a death certificate.

Remember Covid-19 itself can not kill. What kills is complications from the virus, typically pneumonia like symptoms. These complications are in reality incredibly rare but have featured on a large amount of death certificates issued in recent months. As long as Covid-19 appears on a death certificate, that death is counted as Covid-19 in the figures released by the ONS and PHE.

I genuinely believe that many death certificates, especially amongst the older 65+ demographic have been fraudulently completed so as to be counted as Covid-19 deaths when in reality Covid-19 complications did not cause the death.

There have been Thursday nights when I stood, alone in my office and cried as I heard people cheering and clapping outside. It sickens me to see all the ‘Thank You NHS’ signs up everywhere and the stolen rainbow that for me now says one word and one word only: fear.

There are many good people in the NHS and whilst I do not plead forgiveness for myself, I do plead for them. Most are on low pay, they joined for the right reasons as I did, and have been bullied and threatened that if they don’t ‘stay on message’ they don’t eat. I know that if a way could be found to assure staff within the NHS of safety against reprisals, there would be a tsunami of whistleblowers which I have no doubt would help end this complete and brutal insanity.

I am finding it increasingly hard to live with what I have been involved in and I am sorry this has happened.

To end, I would simply say this. Politicians haven’t changed, the country has just made a fatal mistake and started trusting them without question.

(The above was first published on thebernician.net and off-Guardian.)

As a Science Teacher who has been running this site since April, and reading numerous reports from different sources, I have to say that this piece has a louder “ring of truth” than anything else to have come out of the NHS. I do not doubt that the fear of suspension is real.

A Quick Update on the Current Madness.

Masks will be mandatory in English shops on July 24th. This date will likely also see the very last death from Covid in Sweden, where there was no lockdown. Norway apologised weeks ago for having used a lockdown. UK deaths, even on official figures, are down by over 90%. The epidemic has passed.  The lockdown did not enable us to dodge a bullet; it was only an airgun pellet, and it hit us anyway. And in trying to dodge it, following Government instructions and media fear-mongering, we stepped on a landmine. Nobody needs a mask. Not anywhere. We need to wake up and stop this nonsense now.

Politics Controls the “Science” on Covid19 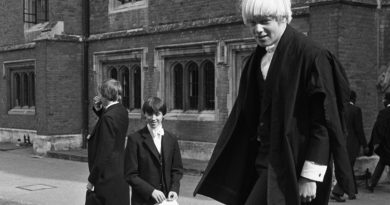 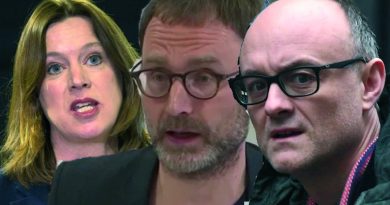 Calderwood, Ferguson, Cummings all Knew the Lockdown was Only for Others.