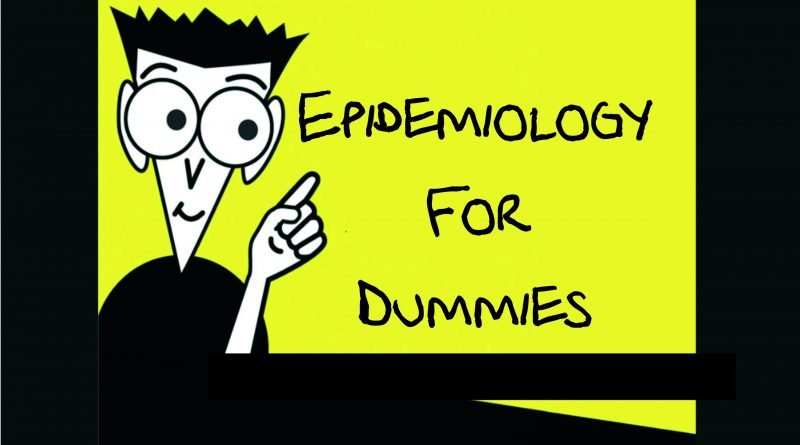 You didn’t study Epidemiology in School, and it’s never been a subject of interest to you since; but in the present situation it’s something we all need to know about. The science is not that difficult to follow.

There are three key concepts or models to understand:

One is the Basic Reproduction Number, usually just expressed as  R0, which is pronounced “R nought.” It is the number of people an infectious person entering a fully susceptible population would infect through direct contact. The term “fully susceptible population” simply means a group in which nobody has any resistance to the disease, which might have come about either through natural immunity, through contact with the infection, or through vaccination.  R0, has a wide range of values, depending mainly on the disease involved. For Covid19 the value is still not clear, but much evidence points to something around 2.2. To put that in perspective, the Spanish Flu of 1918 was probably 1.8, but measles is a massive 15. Further, if the R0, goes down to 1.0, the disease cannot cause an epidemic. At that level, the disease itself is effectively dead in the water.

Second is a basic, well recognised model called the SIR (Susceptible, Infectious, Resistant) Model.  Essentially the model divides a population into those three categories with respect to any virus. During the course of an epidemic, people move from one group to another. In the beginning, they may all be in S for Susceptible group. As the disease increases, many people will move into the I for Infected group, when they may also infect others. After this they will move (assuming they do not die) into the R for Resistant group, who are not infected, cannot be infected, and cannot infect others.

The third concept is herd immunity. Notice that the Basic Reproduction Number,  R0, is relevant to a completely susceptible population. In a population where some people are resistant, the effective R0, is lower, and as more people become immune the effective R0, continues to decline. The target of health policy, of course, is to bring that effective R0, down to 1.0, at which point herd immunity is achieved.

Herd immunity can be easily understood from the SIR Model. Herd immunity is achieved, as already stated, when a sufficient proportion of any given population is immune. This immunity may be arrived at through vaccination, or, especially in the absence of a vaccine, it may be arrived at through contact with the disease. Because of the Government confusion and Media hysteria, people imagine that this means most of the population ending up in ICU, and possibly dying to achieve herd immunity. The truth is that huge numbers of people will become infected and gain immunity without ever having symptoms. Others will think they had a cold. All of us can think of an occasion when a family member had an unpleasant illness, but others in close contact “didn’t catch it.” In fact, they often did, and they became immune, but they never noticed. There is no evidence to suggest that Covid19 is any different; indeed, rather the reverse. The point here is that building herd immunity through exposure is not a notably dangerous process.

The Graph below is a SIR Model graph. It is not nearly as complex as it may first appear. It is taken with gratitude from work by Dr. Knut Wittkowski. What it shows is the progress of a virus epidemic (such as COVID 19) in a population of ten million people. 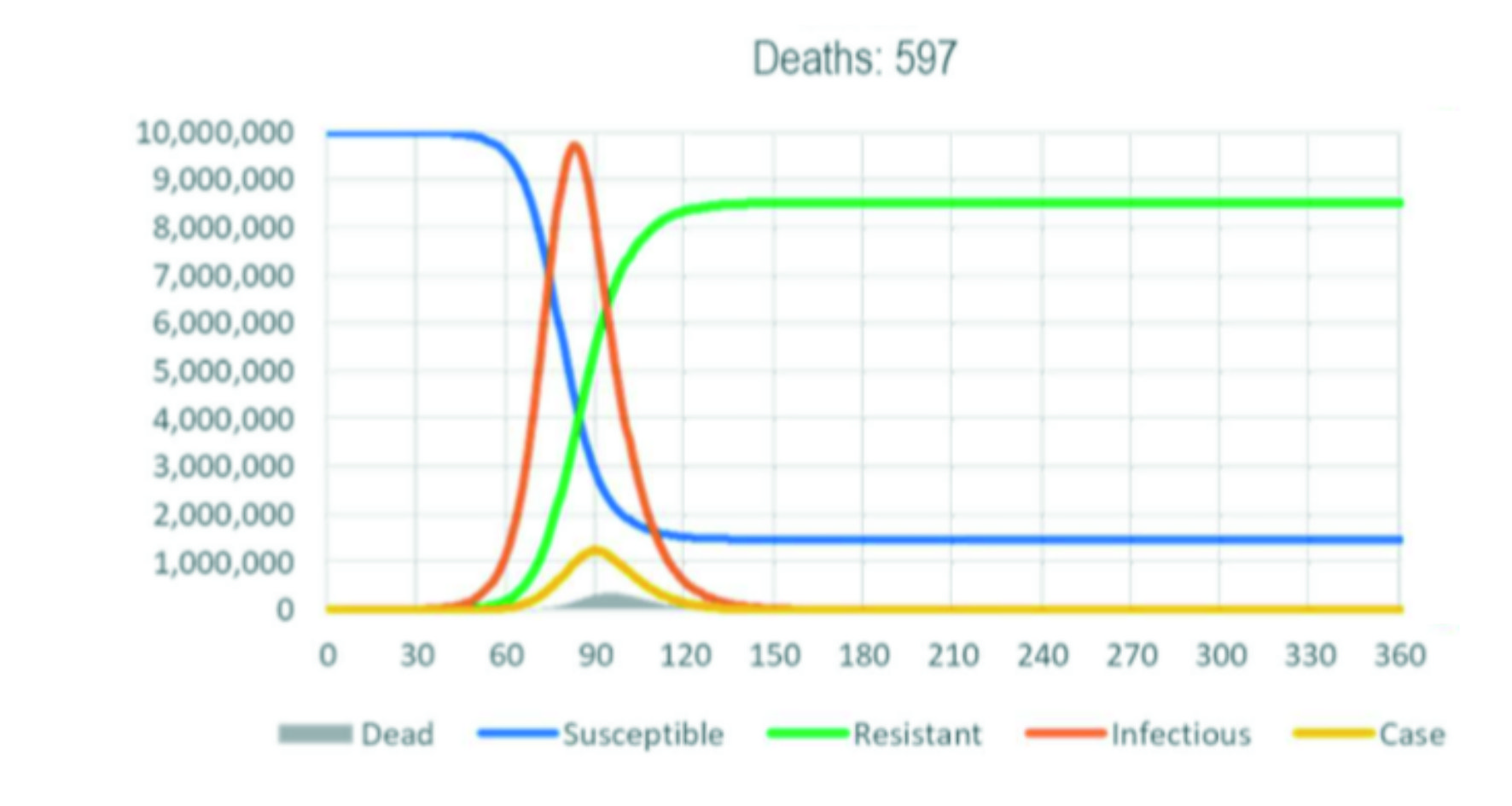 Points to note are the red line, which shows people who are infected and infectious. This number of people rises very rapidly to a peak, then falls away just as rapidly.

Under the assumption of a Basic Reproduction Number, R0, of 2.2, it takes only about two weeks from the first cases being recognised (yellow line) to the peak of the number of infectious people (red line). The blue line represents people who are susceptible to the disease. To begin with, this is everybody; notice that on the left the line starts at 10 million, the whole population. As the epidemic progresses the number of people who are susceptible rapidly decreases. As they become immune, they join the R for Resistant group shown by the green line. As the green line moves upward an infectious person meets fewer and fewer susceptible people, which is why the number of new infections (red line) goes down. When the Resistant group makes up about 80% of the population herd immunity is achieved, and the epidemic is over. The yellow line shows actual cases observed. These are people with serious symptoms. Notice how much lower that number is compared with all those infected. And at the very bottom is the grey line, showing those who died. (The red, yellow and grey lines are shown on an arbitrary scale to be visible.)

Armed with this new knowledge, you can understand more clearly what is happening to us now. It is not what the graph shows. In the graph, the infection rides through the population unchecked, the number of resistant people shoots up to around 85%, and very solid herd immunity is then in place. With the lockdown in place to “flatten the curve”, which is the red line in the graph, infections will take place over a much longer time frame, and herd immunity will take far longer to build up. If the R0, for Covid19 is indeed 2.2, we should have herd immunity when about 55% of the population are resistant. This compares favourably to measles, with its R0 of 15, which needs about 95% resistant people to reach herd immunity. (Correction. A lot of new information has become available since this article was written in April. There is clearly a very large measure of resistance to Covid19 that exists without people ever coming into contact with the virus. Effective herd immunity is therefore reached with a much, much lower percentage of people being infected. I will write an article on this as soon as possible and link to it here.)

What we would all like to know is “What % of our population are currently resistant?” and “How quickly is that resistant group growing?” Sadly, we don’t know, because we don’t know the numbers of people who are infected without it ever being recorded. Very many are asymptomatic. However, as of the end of June, it is clear from data and graphs on worldometer.info that the epidemic is nearing its end. That indicates we are close to herd immunity. The Government/Media view is that this is due to lockdown, which, if released, would bring on a “Second Wave.” The reality is that the epidemic has indeed run its course naturally, possibly with a flatter curve due to the lockdown. The German Professors’ “Smoking Gun” analysis here is crucial. Lockdown has made little overall difference, beyond trashing human rights and crashing the economy.

NB This list is incomplete due to time constraints. In any case we strongly advise people to do their own deep research on the web. In doing this, be aware that Google searches always bring up establishment views first, flooding the zone. You have to be a little bit cute with your search terms to find the other side of the story.

Wittkowski Status. Rockefeller University have just released a statement saying that he was not a Professor there, although he never claimed to have been. They are splitting hairs. For twenty years Dr Wittkowski was Head of the Department of Biostatistics, Epidemiology, and Research Design there. From a layman’s perspective, that means working as a Professor. Further, he previously worked with Prof. Klaus Dietz at the University of Tubingen and became a Professor there. Dietz has been a key player in the development of the now fully accepted concept of R0 in Epidemiology.

Prof Ferguson Lack of Transparency. Nature Magazine. About half-way down article it says he is “trying to tidy up code for release.” The article otherwise just provides more confusion. https://www.nature.com/articles/d41586-020-01003-6

Prof Knut Wittkowski. Go here: https://ratical.org/PerspectivesOnPandemic-II.html Click on Two Epidemics of Covid-19 at the top of the page for a pdf of article by Wittkowski, and scroll down the page for text of an interview with him.

Financial Crash. Guardian. Shows the usual ignorance of epidemiology, but understands the likely economic effects of the response. https://www.theguardian.com/business/2020/apr/08/the-2008-financial-crisis-will-be-seen-as-a-dry-run-for-covid-19-cataclysm

Probability of being struck by lightning. National Geographic. https://www.nationalgeographic.com/news/2005/6/flash-facts-about-lightning/ Others put the odds even lower, but at this level of probability it hardly matters. 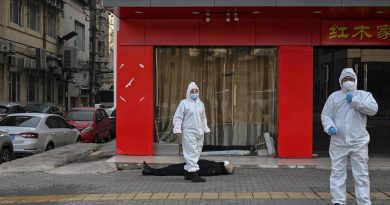 The Top Twelve Lies about Covid19.