Or as Bob Dylan said, “Money doesn’t talk, it swears.” You may not have heard of BBC Media Action. It is a “Charity” that extends the reach of the BBC internationally. It is not funded from the Licence Fee, but from donations. It has a 32 million pound budget, half of which comes from various UK Government bodies. A massive 12% of the other half comes from The Bill and Melinda Gates Foundation. This is a very significant portion of their total budget, and the only part within the gift of a single individual.

Unity News Network (here) reports that last week Gates appeared on the BBC and was given extensive positive coverage across the vast billion pound taxpayer funded network. During the interview Gates referred to himself as a ‘health expert’ and this went unchallenged. Gates must be the only person in the World who is both a subject of BBC News and a major contributor to their operations.

Gates’s massive fortune and his huge donations to the WHO, Imperial College, etc are already becoming well known. The money link to the BBC is just on more tentacle of a very large octopus. Gates’s Global influence is a matter of huge concern. When he “promises” an unnecessary and inadequately tested vaccine to every person in the World, probably whether we like it or not, the concern should turn to major alarm. 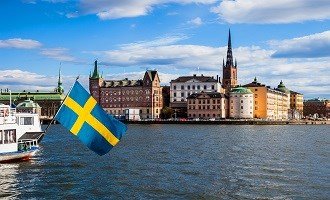 View from Sweden as at 21st April

What Should We be Doing Now?