The Media constantly refer to a “Second Wave”, and people are afraid, as indeed they are meant to be. However, the only science behind a Second Wave is the concept that something prevented the epidemic proceeding to herd immunity the first time around. In the mainstream story, it is the lockdown that is controlling the epidemic and preventing this; but the evidence is that lockdowns make very little difference (See articles here on China, Sweden and Norway, for example.)

It is therefore clear that either the media and Government are prepared to make confident predictions that will in time make them look very stupid; or they have some deep knowledge of something else coming which would not happen naturally.

In this context, the very short (30 second) video here is chilling. Bill Gates and his mega-money are behind much of the current panic, whether through Imperial College and Prof Ferguson, the WHO, GAVI (Global Alliance for Vaccines and Immunization), Big Pharma, Governments or media. Gates himself has declared his intention to vaccinate everybody in the World. This plan, which is proceeding rapidly at huge expense, has zero backing from good science. Quite simply, epidemics come and go. Their purely temporary nature is a part of the very definition of an epidemic. This one is well on the way out, and will be gone before any vaccine is ready. Therefore, there will have to be some sort of Second Wave event to push people to accept the vaccine. Gates has the answer here.

He says, smirking, “The next one will get attention.” There is something in the pipeline. He also mentions “Taiwan, Finland, Australia” as examples of countries that have done better through lockdown, in order to promote the idea that lockdown, tracing, etc, affect the virus. However, as shown in other articles on this site there is very little correlation between the measures taken in different countries and the results (See for example China here, Taiwan here, comparison of New York and Tokyo here.) To mention just three now, Sweden with no lockdown has done better than the UK with one. When anybody pointed that out in the past, the answer was that Sweden could only fairly be compared to neighbouring Norway, which had a tight lockdown and almost no deaths. This meant that Norway was theoretically set up for a huge Second Wave when the lockdown was released, since there would have been little infection and hence very little immunity. However, when Norway released the lockdown cases continued to go down, and the Norwegian Prime Minister apologised to her Nation for a lockdown that made no difference (here.)

The Wuhan Spectacular. What Really Happened? 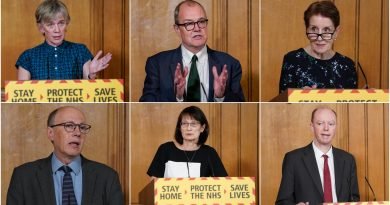 Prof. Ferguson, Government Chief Adviser, is a Dud. So is the SAGE Group.